Did You Know? Celebrities who were Adopted as Infants

Adoption impacts every walk of life. It’s more common than you think. Statistics show that over 7 million Americans are adopted. White, black, yellow, red. Whatever your skin tone, nationality, race or sexual orientation, adoption is everywhere. It has even touched the lives of people we see on TV and in the movies.

Here are a few names among the pool of celebrities who were adopted as infants.

When his biological mother was in college, her parents didn’t approve of her dating a Syrian Muslim, so she made a plan for adoption for her child. Steve was adopted by Paul and Clara Jobs when he was a few days old. His biological sister, Mona Simpson, found him in 1985, who was also later adopted by his adoptive parents.

Oscar winner Foxx was adopted when he was seven months old by his maternal grandparents. His biological parents split up shortly after his birth, so his grandmother, Esther Talley, raised him. Because she made such an impact on his life growing up, Foxx is now an adoption advocate, and has a very high regard for her.

Five-time Grammy Award-winner, this country music star was adopted in Mississippi as an infant by Edna and Ted Perry. To Billboard magazine, she says that she knew she was adopted growing up and that she used to dream she was Elvis’ daughter. In her 20s, she found her biological mother and discovered that she had a brother.

“I have a lot of respect for my birth mother,” she stated. “I know she must have had a lot of love for me to want to give what she felt was a better chance.” Faith Hill developed a solid friendship with her birth mother.

In 1968, the Tony Award-winning singer and actress was adopted by her parents, Jerry and Julie Chenoweth. In a 2015 interview with People magazine, Chenoweth said, “Growing up, my parents explained my adoption by telling me, ‘We chose you.’ It was a wonderful way to put it to an adopted child.”

Known as the founder of Wendy’s, the late Dave Thomas was adopted when he was six weeks old by Rex and Auleva Thomas. During his life, he also founded the Dave Thomas Foundation for Adoption. Through this, he made adoption more affordable and more accessible to families around the country.

Actor and comedian Paul Gilbert and his wife, Barbara Crane, adopted Melissa the day after she was born. Because of his influence, Melissa Gilbert gained the role of Laura Ingalls on Little House on the Prairie. Her adopted brother, Jonathan, also starred with her on the show.

This New York Yankees outfielder was also adopted the day after he was born. He was raised by Wayne and Patty Judge, and stayed extremely close to them. “I know I wouldn’t be a New York Yankee if it wasn’t for my mom,” Judge stated. “The guidance she gave me as a kid growing up, knowing the difference from right and wrong, how to treat people and how to go the extra mile and put in extra work, all that kind of stuff. She’s molded me into the person that I am today.”

Celebrities who were Adopted

The above list of names is non-exhaustive. There was many other celebrities who were adopted as infants or as a young child. They all have their own stories and experiences, and give glimpses of what a blessing adoption can be.

For more information on adoption please contact Adoption Choices of Colorado. We can reached via our website or phone 303-670-4401.

Adoption Choices, Inc. is partnering with Crowdrise, a fundraising website for nonprofits, to help our adoptive parents and birth parents with much needed financial assistance. We understand that expenses keep clients from fulfilling their dreams. Both with birth parents making a plan for adoption, and with adoptive parents growing their family. It is our mission to provide financial assistance through grants and scholarships, awarded annually in November, in honor of National Adoption Month. Funds assist adoptive parents with matching and placements, adoption finalization and helping birth mothers improve their lives through higher education — and much more.

However, we can’t do it alone. Please read up on our programs and donate money where you are able. Your donation will make a huge impact.

Rachel Robertson is a published journalist, book editor, certified Publishing Specialist, and aspiring novelist. She graduated from Central Washington University (CWU) in March 2011, having found her writing voice within the Creative Nonfiction genre and grew to work as a freelance book editor for small presses all across the United States.

In June 2018, she embarked on an internship with Virginia Frank and came on board with Adoption Choices Inc., Not for Profit 501(c)(3), in December 2018. Between her mutual passion with adoption and surrogacy, and her own personal history with adoption, Rachel is excited to research and share topics each week that will spread awareness and better serve the faithful patrons of Adoption Choices Inc.

When Rachel isn’t haunting her local Starbucks or Barnes and Noble, she’s avidly pouring over her Writer’s Digest subscription or cozying up with a cup of tea and book. She currently resides in the beautiful Pacific Northwest with her beloved wife and Border Collie.

We are operating full service during this time and will not be shutting down operations. Please let us know how we can help. 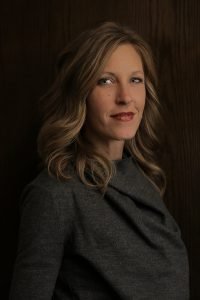 Jen joined the Adoption Choices family in 2017 but her journey into the adoption world really began from day #1. As an adoptee, Jen has experienced the life of adoption first-hand. She understands and relates to birthparents and adoptive parents, while always advocating for each baby lovingly considered for adoptive placement.

Jen has had a heart for adoption for as long as she can remember. Empowered by a supportive family, Jen confidently embraced being adopted, becoming an ambassador for adoption. In high school, she was invited to speak on an adoption panel that presented the adoption option to pregnant teens in surrounding high schools. She was also invited to train as a peer counselor, which unofficially began her career in the social work field and officially ignited her passion for building relationships and helping others.

Jen has a Bachelor of Science in Psychology. Her professional background includes advocating for children in care of the state, implementing case plans, integrating families, and working with foster and adoptive parents. She has experience providing home studies for prospective parents wishing to adopt. Jen also has experience working with at-risk children and families in the public school system, providing counseling and small groups, administering grant programs and conducting trust development training in high school physical education classes.

Jen has a true passion for building relationships with each birth parent and providing hands-on support every step of the way. She has a heart for mentorship and growing leaders. In her free time, Jen loves hiding out in the mountains with her favorite people (and pets). She enjoys making, baking, and adventuring. Jen is dedicated to mindful living and making a positive impact on others. She loves the opportunity to be fulfilling her purpose with the dedicated and caring team at Adoption Choices.

Our office is located off of I-70 and Youngfield Street.

If you are arriving from westbound I-70:

If you are arriving from eastbound  I-70:

Finding our office inside the building:

If you have parked in the front of the building-once in the main door take the hallway to the left and go to the end of the hall.  Turn right and Adoption Choices of Colorado is the first office on the right-suite 126.

If you have parked in the back of the building- once in the main door take the hallway to the right to the end of the hall.  Turn right and Adoption Choices of Colorado is the first office on the right- suite 126.